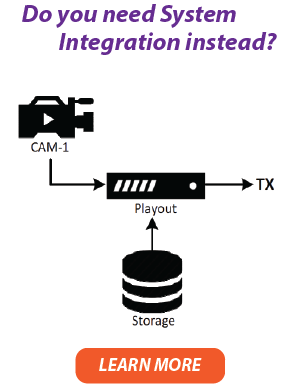 At the end of the ‘70s, Lupo passed on to the second generation and was managed by the founder’s sons, Aldo and Giorgio Lupo, who expanded production and subsequently transferred their headquarters to Collegno, near Turin, where it is still located today. In the ‘90s, it began to focus on the production of professional lighting equipment not only for photographic purposes, but also for broadcasting and video environments.

Thanks to the experience gained over the following two decades, Lupo became a well-known and appreciated brand in television studios around the world, thus building the foundations of its current success and the widespread distribution of its lighting systems.

Since 2010, with Andrea and Carlo Lupo, it has concentrated on to the development and production of LED lighting specific to various sectors, particularly television, video, live shows, theatre and photography. For this reason, Lupo is one of the few companies worldwide that hold the necessary know-how to produce professional lighting equipment that meets the requirements of different customers and different professional sectors. Lupo is a brand that exports "Made in Italy” quality, renowned worldwide for its product excellence and technical innovations in the field of professional lighting. 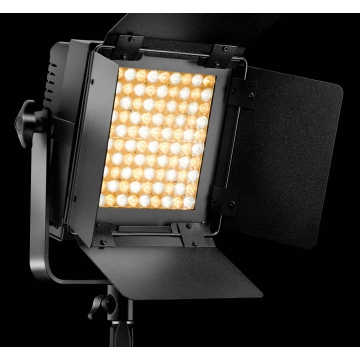 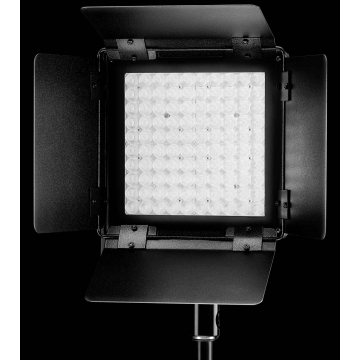 The Actionpanel has been designed to be a hyper-technological and portable product, so you can use it wherever you may be. Weighing just 2 kg, with an ultra-resistant reinforced technopolymer shell, you no longer need to worry about carrying heavy and complicated to use solutions or with separate electronic parts on set. In fact, everything is integrated in the Actionpanel, just as in all Lupo LED products. Super powerful flexibility, so you can focus on the fun part of your job: creating! 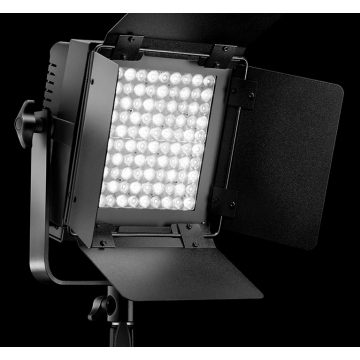 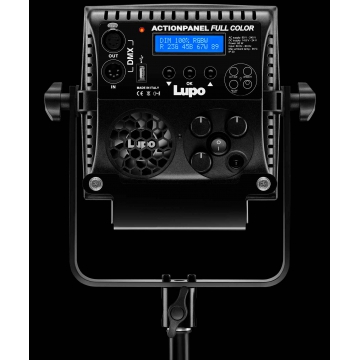 5000 Lux at a 1 m! Incredible light output in ultra-compact dimensions.

Up to 5000 Lux at a 1 m, can you believe it? If you compare these values with those of other RGBWW LED panels that cost ten times more, you will see that they are almost equivalent. We wanted to create a Full Color LED panel that is versatile, compact, ultra-strong, powerful, but above all, economic, so everyone could use state-of-the-art RGBWW LED technology. We managed to do so by studying the best optic and the most efficient dissipation for latest generation LEDs. The Actionpanel Full Color is unrivalled and this is why we suggest you compare the technical features with the best you can currently find on the market. 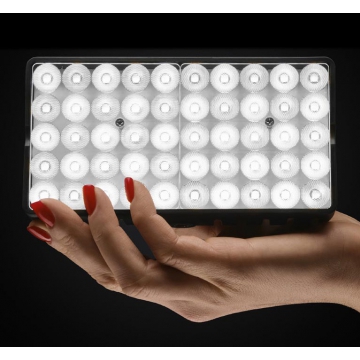 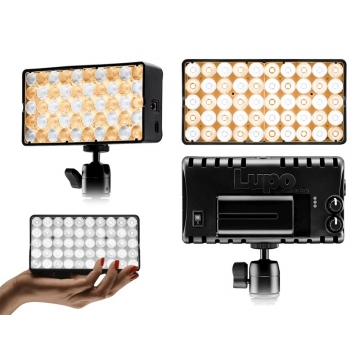 The Smartpanel can be mains powered or battery powered. A USB Type-C cable for the power supply is included in the package, but alternatively you can also use common NP-F type batteries or an AC power supply. As in all Lupo products we wanted to create a cool and stylish design for the Smartpanel, but a fundamental feature of this pocket light is also the robustness that derives from the reinforced technopolymer construction. For a very affordable price you will have a small, powerful, durable and extremely robust light.