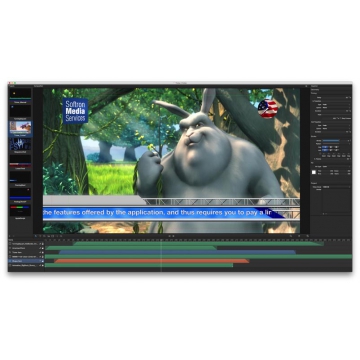 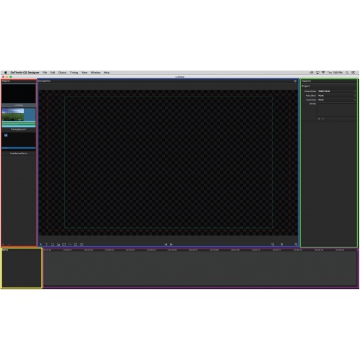 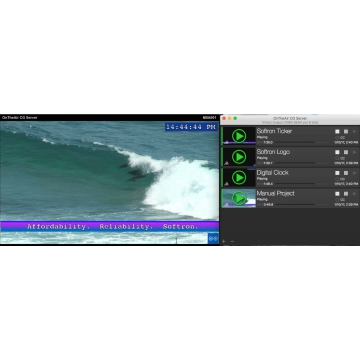 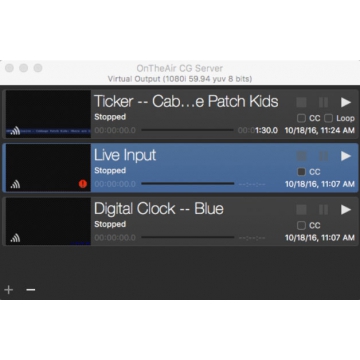 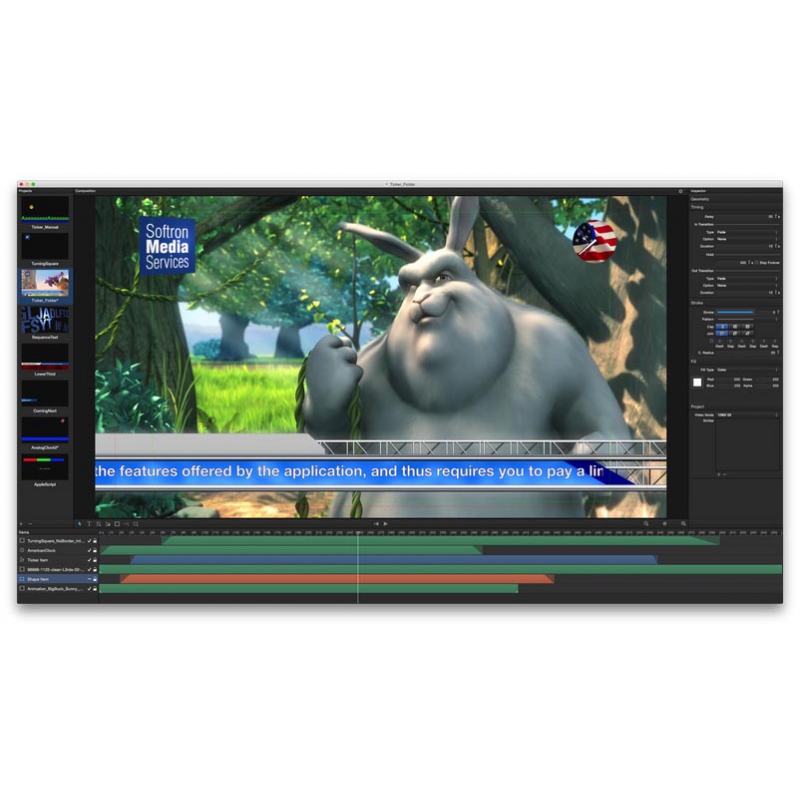 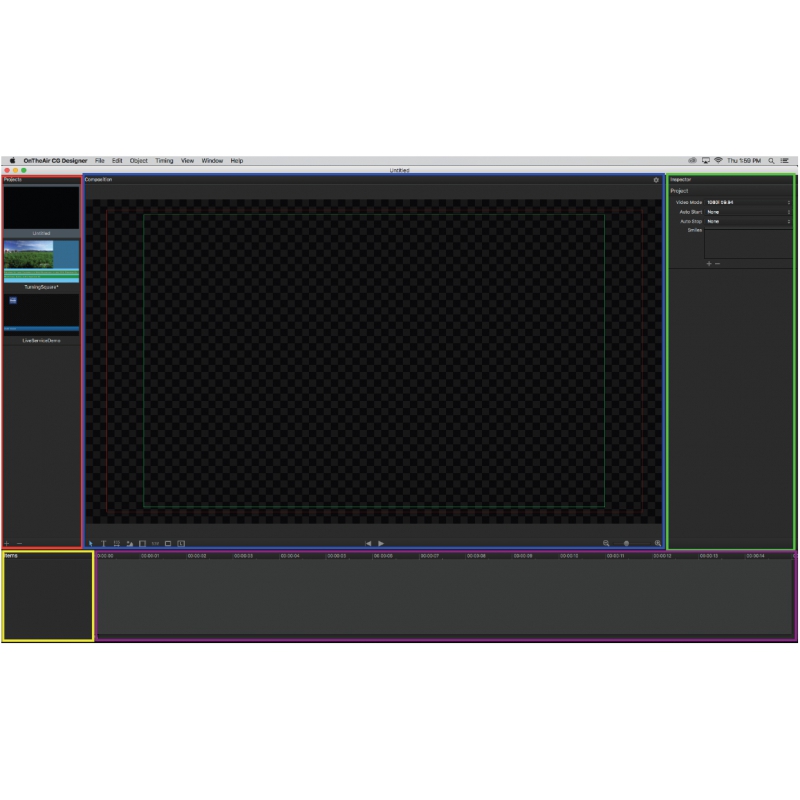 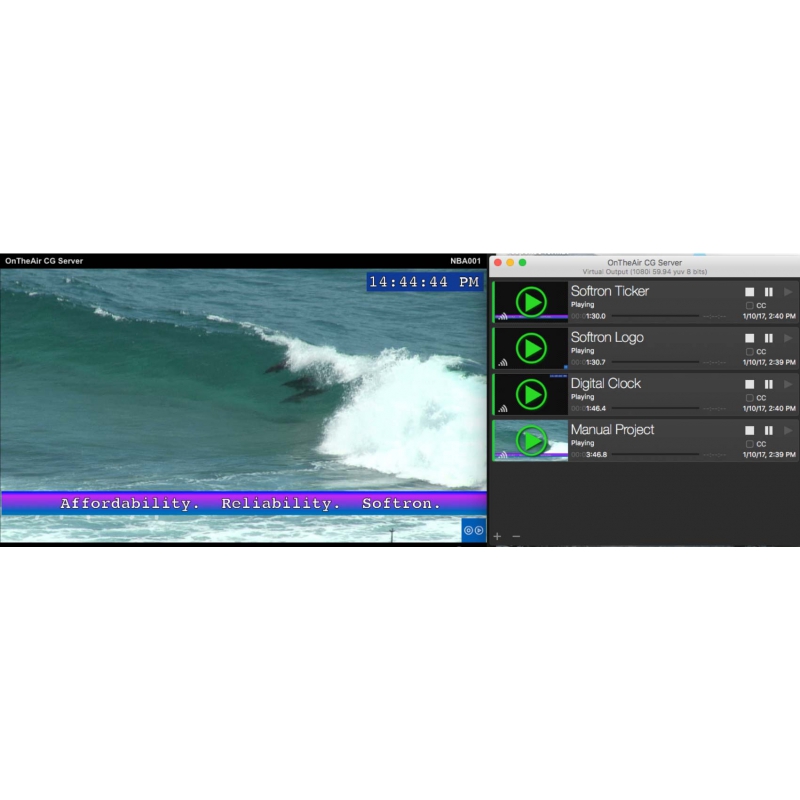 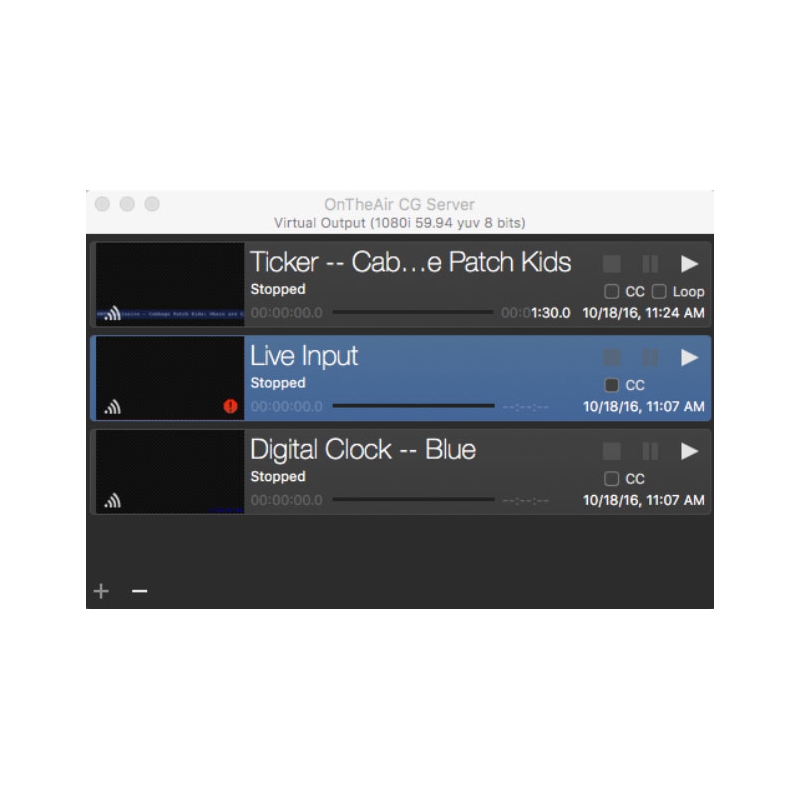 • Crawls (either to left or to right)

• Use an additional video input as background

• Integration with the playout applications

Check the following Knowledge Base article to know which card can do keying.

OnTheAir CG Designer should be able to run on any Mac running a supported macOS (see above).

OnTheAir CG Server will also run on those same Macs. However, you will be careful to use a Mac with a decent Graphics card. The better the graphics card, the more you’ll be able to do.

Yes with the appropriate hardware and depending on the codec used

Any storage that can sustain the required constant read speed. For network storage, make sure to enable Macro blocks, and disable cache flushing.

* While Softron tries to maintain compatibility with older versions of macOS, it is not always possible to achieve. Because Operating Systems are usually significantly improved over previous versions, Softron must use many of the more capable built-in functionalities inherent in Apple’s latest OS releases.  Failing to do so would me that Softron software would essentially be blocked from using the new Frameworks provided in the OS.  For this reason Softron’s free support is provided only on the current and previous version of the macOS.  If you have issues with using Softron software on older versions of the Operating Systems, your only solution may be to upgrade your Operating System to the current version.

Be the first to write your review ! 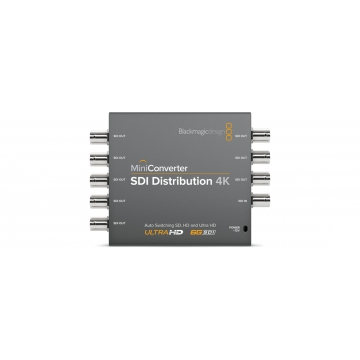 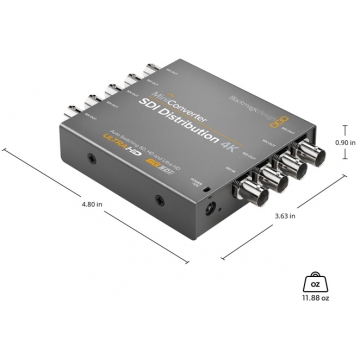 When you need to connect to multiple SDI devices, then Mini Converter SDI Distribution 4K is the perfect solution! Connect a single SDI source to 8 re‑clocked SDI outputs with automatic switching between all SD‑SDI, HD‑SDI, 3G‑SDI and 6G‑SDI video formats, plus all ASI, ancillary and embedded audio formats. 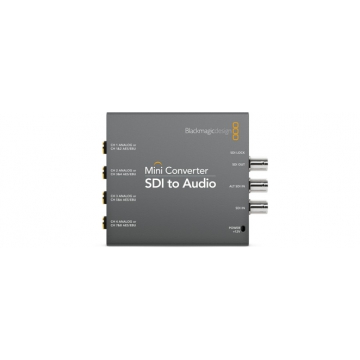 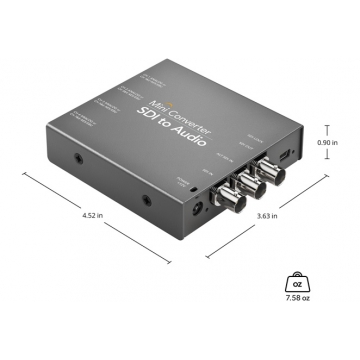 The perfect way to de‑embed audio from any SDI source in SD and HD formats up to 1080p60! Audio is output on ¼" connectors for balanced analog and AES/EBU audio output to equipment such as mixers, analog decks, audio monitors and more. Mini Converter SDI to Audio is the ideal SD/HD SDI audio de‑embedder for when you don’t need the cost of the Ultra HD model! 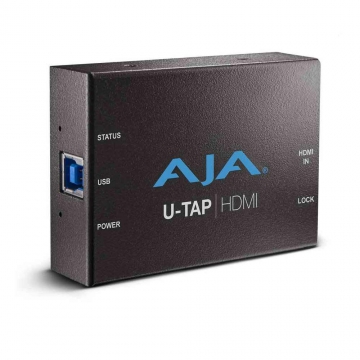 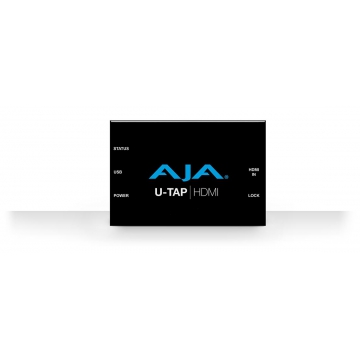 The U-TAP HDMI USB 3.0 capture device brings professional connectivity and high quality video capture to your laptop or workstation. U-TAP HDMI is bus powered with the ability to simply and easily bring in video across HDMI for use within a wide range of software without any drivers to install, as it’s supported directly in macOS X®, Windows® and Linux®. 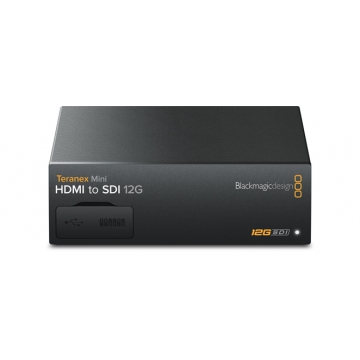 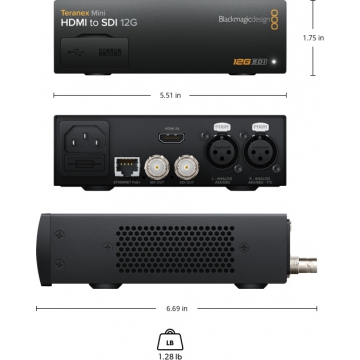 Convert from HDMI to 12G-SDI. Works with all video formats including SD, HD, 6G and 12G-SDI rates and includes an up converter for converting HD to Ultra HD. Embed audio from balanced analog or AES/EBU and timecode input. Ideal for converting HDMI consumer cameras to SDI, or adding SDI outputs to computers with HDMI connections. 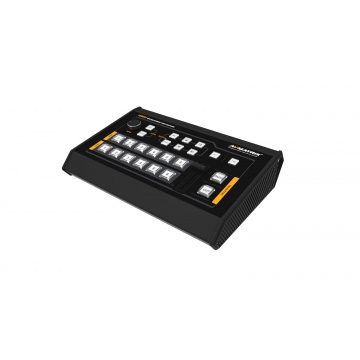 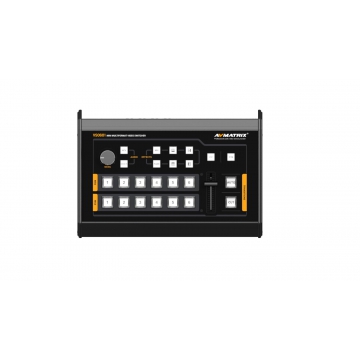 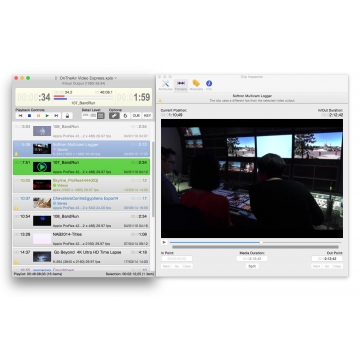 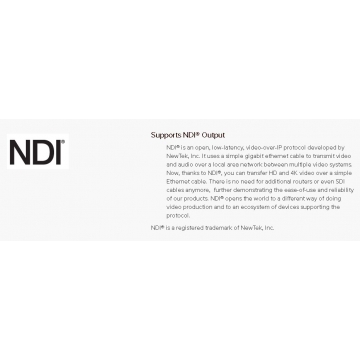 Open playout solution for the Mac